We’re one of the best auto shipping companies in Orlando, FL. We strive to make sure you first understand the industry. We help you understand why you’re getting lower quotes or if that’s not the case why the quotes you’re receiving are all over the place. It’s simple when you’ve been doing auto shipping since 2011. Quotes are given usually by a broker, mainly because they’re easy to get a hold of. It’s hard for carriers to advertise their particular route because they’ll be paying for leads they get for routes they don’t do. So the chances of finding a carrier that does your route is very hard and some companies will lie to you until it’s too late.

So once you found a company/quote you like its a simple process as long as you went with the right company. Major city to major city routes are easy if priced right, so if you’re having issues with a Orlando, FL to Miami, FL route stop and cancel your order now. Something is wrong with either the company you went with or the rate provided was too good to be true. Under quoting is a very popular strategy in the auto shipping world.

This is what they do:

Smooth talker will give you a rate that’s usually 100$-200$ lower than another company. Then the day comes where they were supposed to load the vehicle and or give you an update. As that day passes you’re now behind your schedule forcing you to change your plans or look for another company. Now you think you’re being overcharged but its not the case because the company you originally went with just didn’t give you a rate that works for the the driver/carrier.  The best to skip these guys that quote lower than others and go with a company that will shoot you straight.  We won’t say we’re the only good shipping company out there but the majority of them are not looking out for your best interests.

So, by knowing the industry you’ll be ahead of these types of companies because everything you read here will come up as they’re talking to you about shipping.

The best shipping companies in Orlando, FL don’t operate like this and we’re even brave enough to name a few below. So after you get a shipping quote that will actually move your vehicle it’s then up to the internal process where the drivers and brokers arrange to schedule. This process is also hard with a broker with bad ratings because the drivers have access to a system that brokers and carriers can view ratings to see who they’re working with. Some brokers might sound good when you talk to them but they have poor internal ratings from things like non-payment or trying to move vehicles without the customer’s consent. 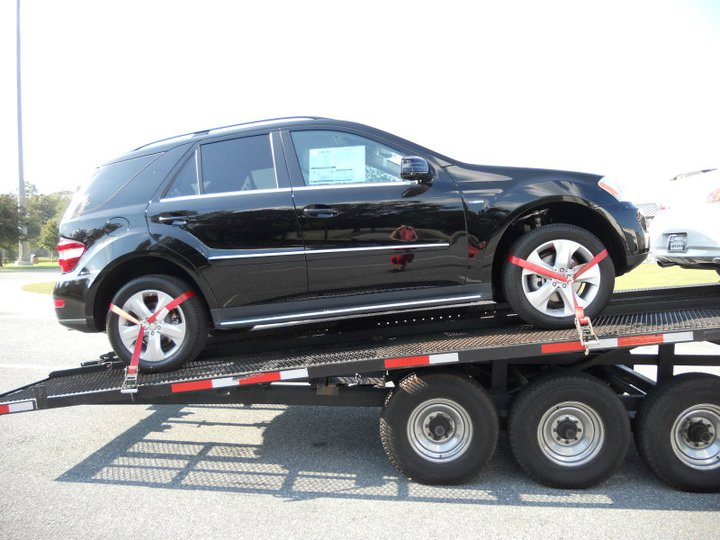 So do yourself a favor and find out these few little things and you’ll have a successful transport. Thanks from OAS

Orlando Auto Shipping
5.0
Based on 20 reviews

Carey Shurley
15:40 07 Dec 19
good communication, pickup and delivery were as promised. No issues. This was our second move with them. Highly... recommendedread more

Scott Bramhall
16:28 23 Jul 19
I hired this company from 3 hours away not knowing anything about them and they were fantastic! The communication,... process and delivery were all as promised and right on time. I worked with Tony Macchione on my auto transport.read more

Benjamin Crocker
13:41 25 Mar 19
Tony was incredibly helpful, responsive, and patient during the entire process. I was having difficulties shipping a... vehicle out of Orlando and reached out to OAS in a panic. Tony calmly talked me through every step even before I had agreed to ship with him. Even with small delays he was promptly gave status updates. Would 100% ship again with OAS.read more

Kevin Lynch
07:59 11 Oct 18
Found these guys on the internet. While most everyone else was charging twice as much. Tony charged what i felt was a... small fee compared to everyone else. His rates were fair and very competitive. I went with him right away. He had a driver in place and ready to make the move that same day. The car was picked up exactly as i requested and delivered in a very timely fashion. I was super impressed with the speed of delivery. I will be using Tony and his service again. He is a very profession and highly skilled transportation coordinator. I recommend him highly to anyone needing automobiles move from most any point.read more

Tony M
15:34 07 Sep 18
With help from courtesy towing storage paid and ready for the driver.

A Google User
18:00 23 Aug 17
I've shipped a car before and I said I'd never use a broker again but these guys changed my mind again. I spoke with... Tony and I said to him before booking that I'd write an honest review of the process because I've done this with another broker. He was up for the challenge and shipped my 2014 Cadillac CTS-v from Houston, TX to Orlando, FL for 700.00. The driver also said they're one of the better brokers to ship with. Thanks again I'll save your info for my next car purchaseread more

Google User
16:32 22 Aug 17
I was super impressed with Orlando Auto Shipping and their process for auto transport. First of all it was easy, I... started with an online quote and called later to discuss my options. Everyone I talked to was very helpful being it was my first time shipping my car. I'm glad I found these guys/gals and will recommend thanks againread more

A Google User
14:13 01 Aug 17
Thanks for helping with my daughters car move. I was calling around at first and found it was a world of brokers,... although you're a broker i was very impressed who you sent. They even had some nice words for the way you do business. Basically if you go with a good broker you'll be alright. Thanks againread more

Houman Rezaizadeh
14:16 17 Jun 17
I usually don't write reviews but after hearing all the horror stories shipping cars I ended up using reviews to find... this company and Tony. He was very upfront and honest and did not force me to put a deposit down until the car was picked up. Tony himself was very responsive and kept me posted throughout the entire process. His driver was excellent and actually cared about my car and proper delivery of my Audi S4. Very happy with them and would absolutely use again! Thanks!read more
Next Reviews